I'm beginning to think there is some sort of natural law that whenever I'm sick or feel bad and I need to take a shower, there won't be any hot water.

Today was a rough, rough day.  I'm not quite sure why, but ever since I came back from the summer camp at Ridder, I've been sick off and on.  So today I woke up and was absolutely miserable.  Could barely even get out of bed, so most of today I didn't do much besides crawl to the toilet...talk about blargh.

On the plus side, one of the ladies who sits at the front desk apparently noticed I didn't leave my room today and came by a little while ago to check on me.  Not much she could do, but a very nice gesture.  I think if I'm feeling better tomorrow, I'll go out and get some flowers or something.  It's nice to know that if I disappear or turn into a zombie (that's kind of how i feel right now), someone'll at least come looking--though that is kind of a danger, if I do transform into a zombie and they come looking, that's an easy way to spread the infection.  Better lock my door so they can't get in.

Anyway, my two weeks in Ridder were a lot of fun.  The first week I spent it with the students from the Pushkin Library's "Access" group (Access is this US embassy program for disadvantageous kids to study English).  I was there with the other American who lived here in Ust-Kamenogorsk (He just left this weekend to go back home--after he hits Bangladesh first).

By the way--it was absolutely gorgeous and the cabins were far nicer than I expected! 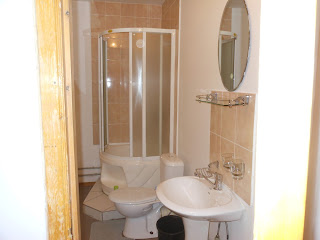 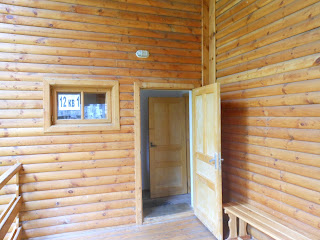 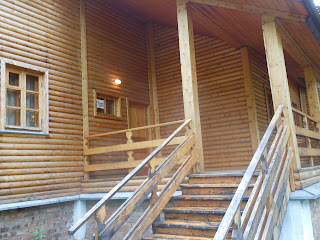 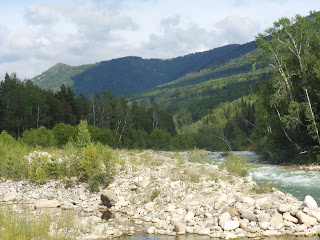 After the "Access" group left, I stuck around another week to work with the students who were the children of the KazZinc workers.  KazZinc is the local mining/metal producing company here in Eastern Kazakhstan, and I learned that their union built this camp in Ridder, called "Sinegoria."  It is extremely beautiful--one of Dad's co-workers says it is like Montana.  But I wouldn't know.

I want to write more, but I'm still not feeling too well.  To cut things short--the camp was great, even though the students didn't speak english and I had to rely on teachers translating for me, it was a lot of fun and I felt like a minor celebrity. 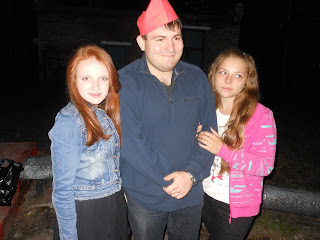 That's a old fashioned "Young Pioneer" style hat by the way.  Not a garden gnome thing.    The camp gave it to me.  I won't forget that camp for a long time..

Posted by Alexander "Iskander" Gerges at 8:27 AM