“Then the winter came down and I can’t stand the chill!”


Greetings and I’ll beg your pardon for the delay between my updates.  It has been both an eventful and frustrating week here in Kazakhstan.  There’s quite a lot that you don’ t know and I’ll try to keep this pretty straight forward and organized.    I’ve gotten myself (somewhat) settled in and had my first couple classes (read 3!).  I’ve gotten a good portion (I hope!) of the administrative things done (HIV test, X-ray…) though I still have quite a few left to do like get my tax number, start a bank account here, and get paid!  I have picked up some of the necessities for my apartment and now my first major holiday weekend is winding down.
But to back things up, my apartment is pretty nice.  I was fortunate in that regard—very fortunate.  I have a double dormitory room to myself—two beds, one bathroom.  The room is also furnished to a limited extent—couch, chair, desk, refrigerator, and a few drawers.  I picked up some bowls, a pot, some knives, and a towel, so I’m getting settled in.  I still need some more stuff like hangers and a few more cups and plates, but that’s not priority (perhaps more hangers would be nice though).
Classes are interesting…I’ve only got about 5 students per class, so I’m a little concerned they might decide that I’m not worth the investment and time…so I am trying to do the best that I can to improve their language.  Classes have gone OK, though my first class was a bit rough; but I get most of my work day to work on lesson plans, and so far I’ve only got about six lessons a week.  The big problem is the bureaucracy of just getting me sorted into this school.  I’ve learned that Kazakhstan isn’t really a country, but a bureaucracy that is fueled by blue stamps of approval.  Ugh…so hopefully I’ll get my tax number and then I can get a bank account and start getting paid!
This weekend is Independence Day for Kazakhstan so I came up with Victor and Murat to Semey.  The bus ride was a pain in the butt and our first one broke down before it got to us, so we had to wait till the next one arrived.  I am staying with Murat and his mother (his father is working this week at the coal mine, so it’s just the three of us and their cat “Maquis” or as they pronounce it as “Markiz”).  For people who wonder why I came to a country that is so freaking cold—and it is because of the people here.  I’ve been treated wonderfully before with other people, but perhaps because the people here generally have less than I am used to, it seems so kind of them to share what they do have and they treat me so well.  I’m enclosing the pictures of the meal Murat’s mother made for us (and yes, every meal has basically been that way—Kazakhs don’t believe the US fat problem is due to unhealthy eating habits like eating fatty foods or too much, it’s just that we eat “chemicals” and “artificial stuff” so I’d probably keep getting fatter, if every meal was like this…) 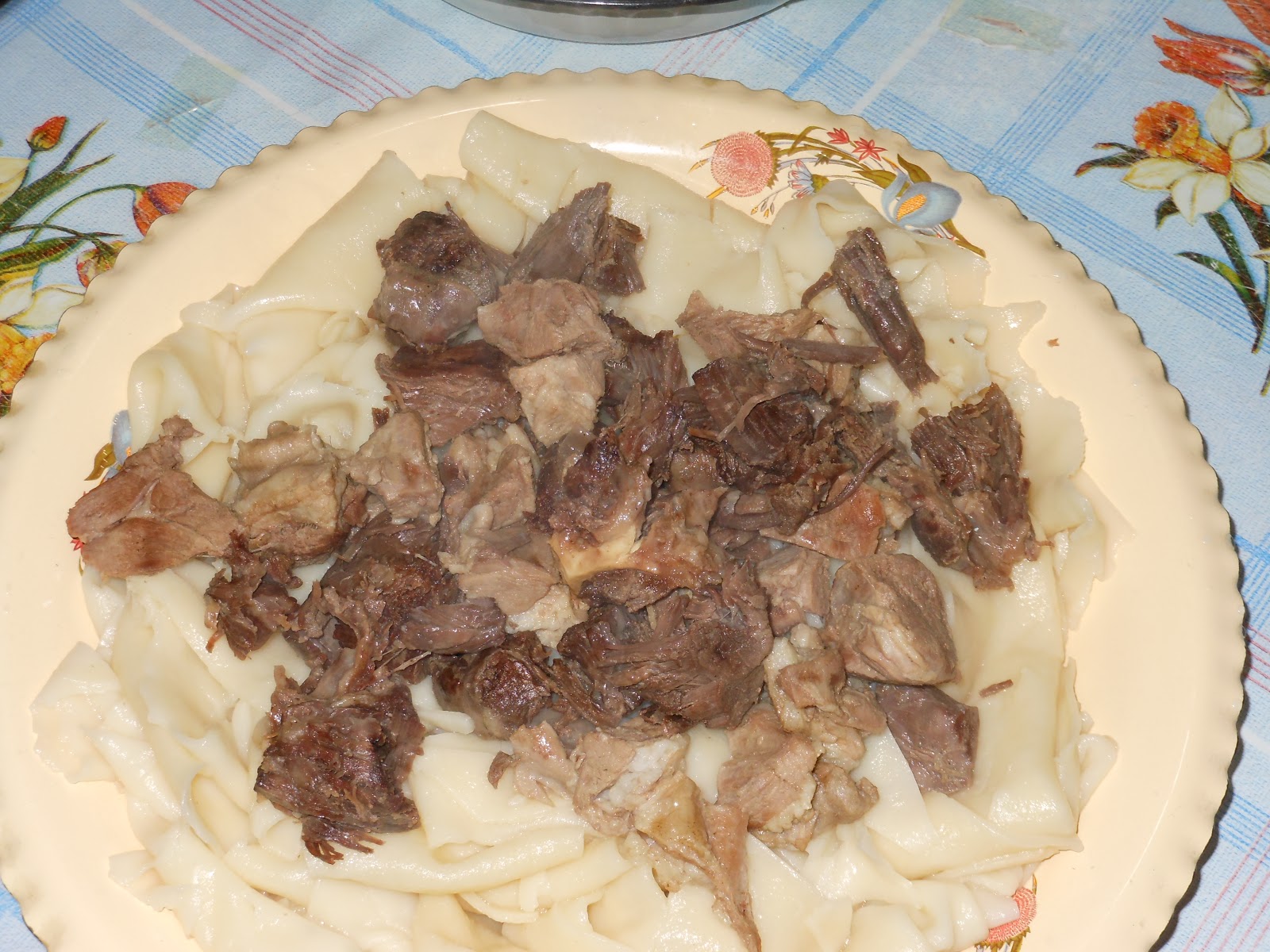 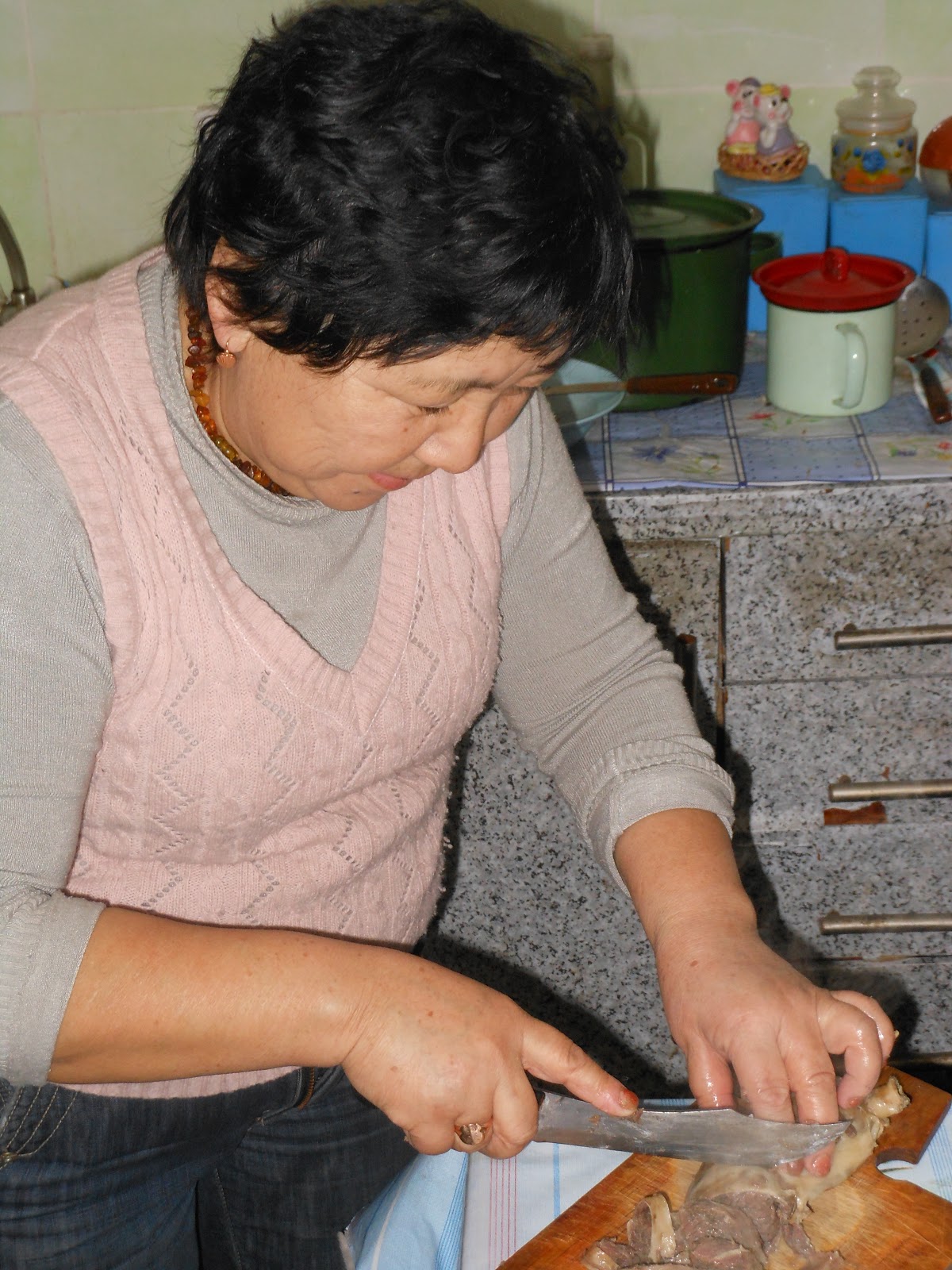 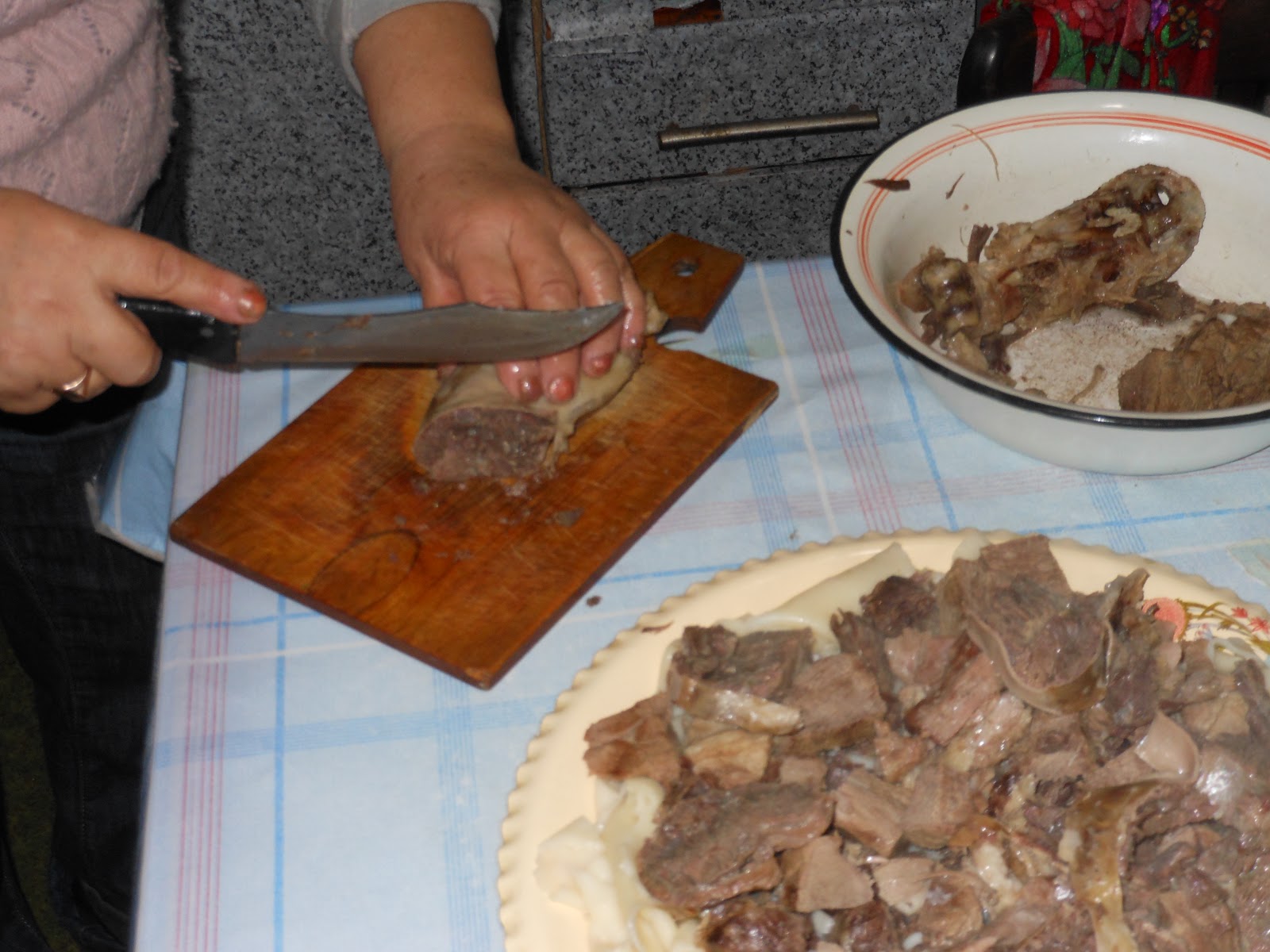 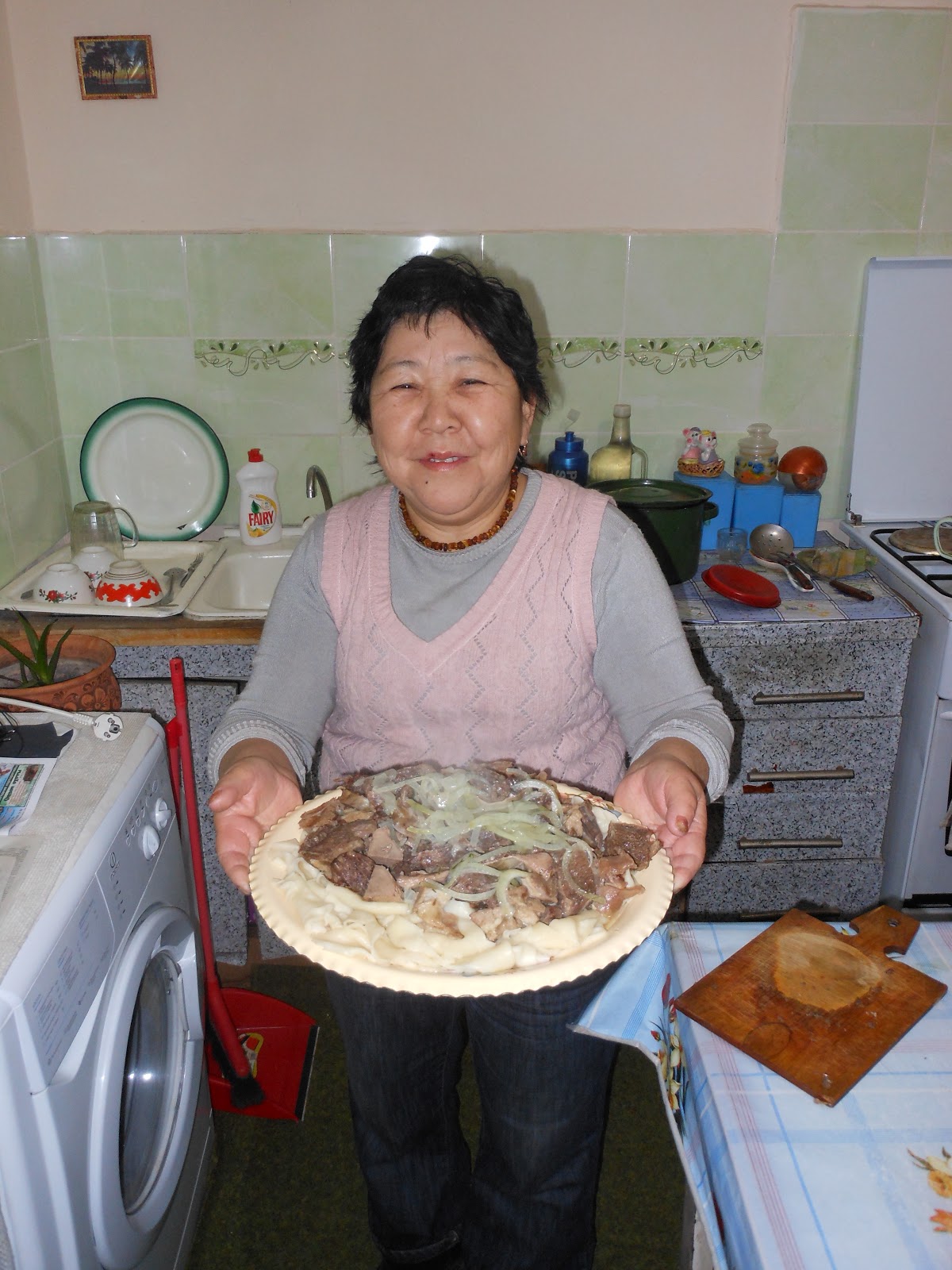 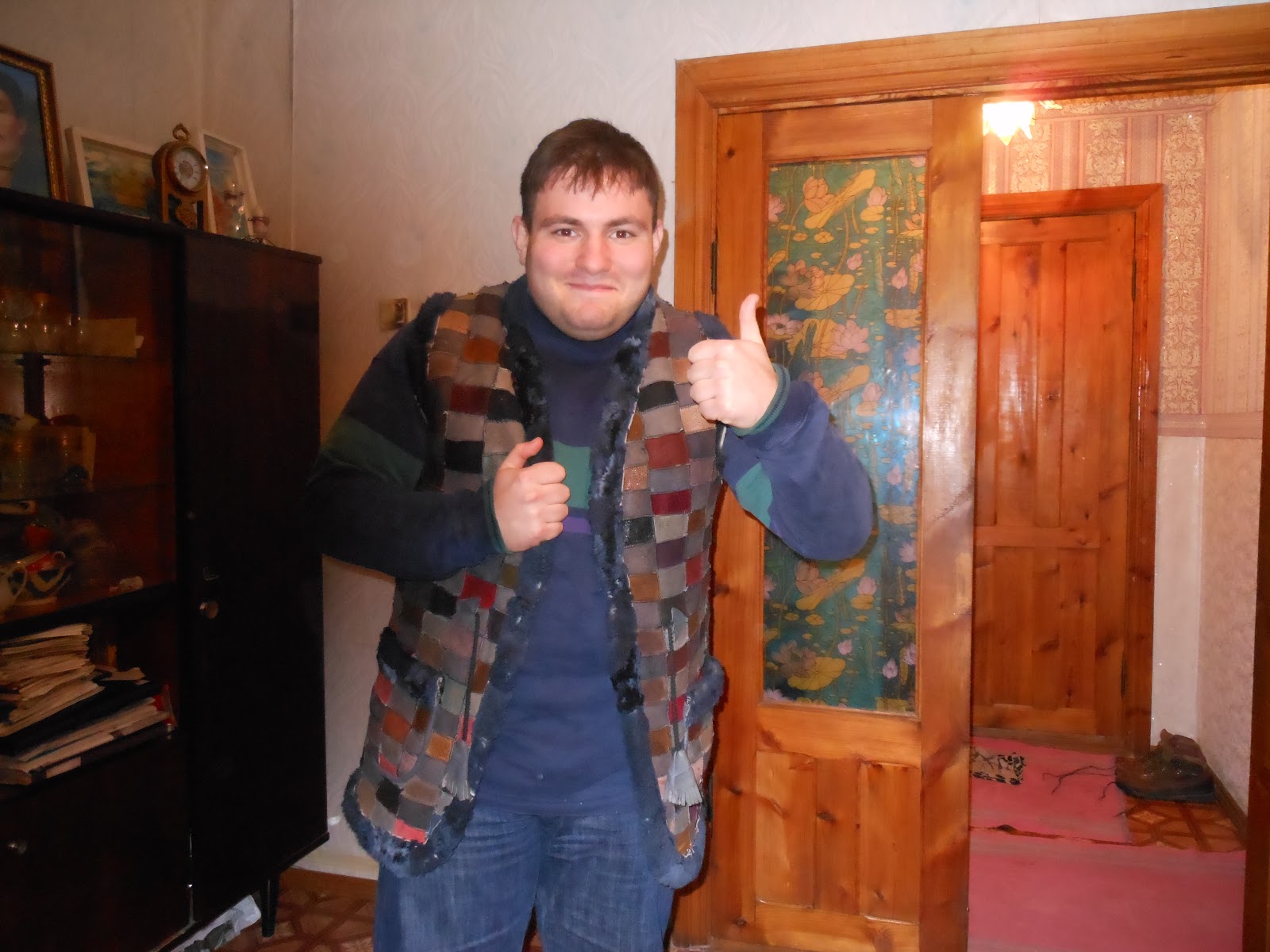 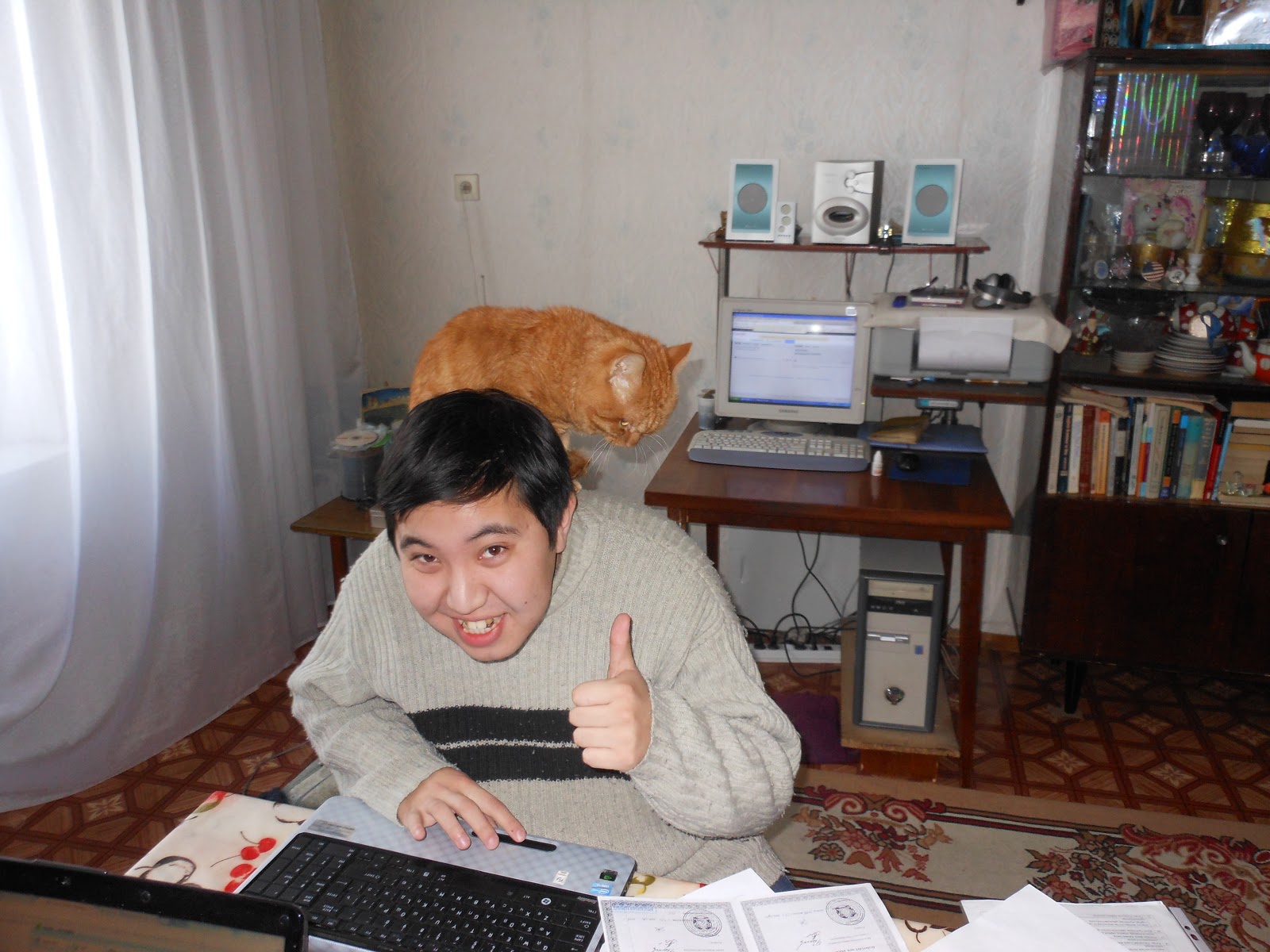 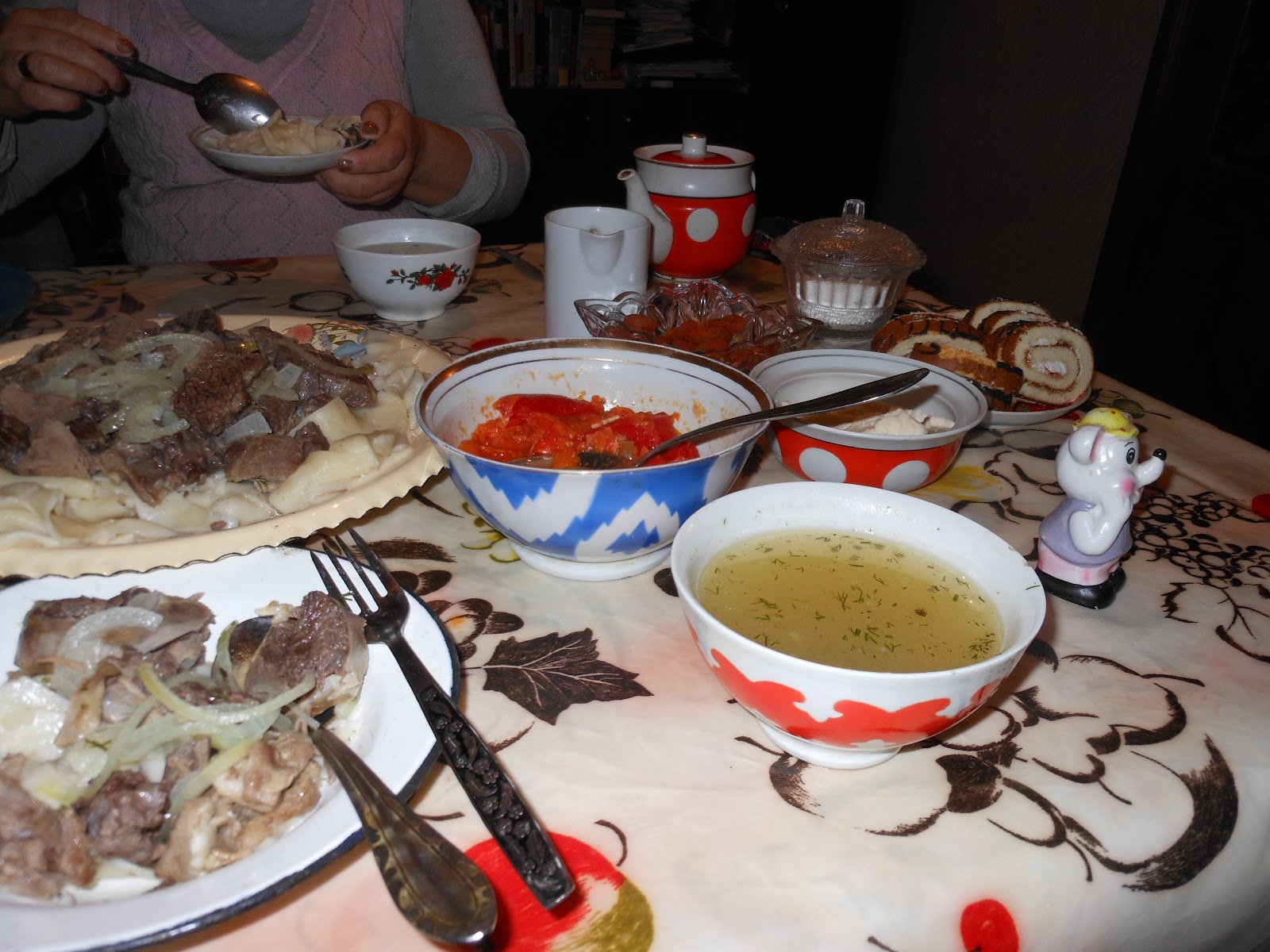 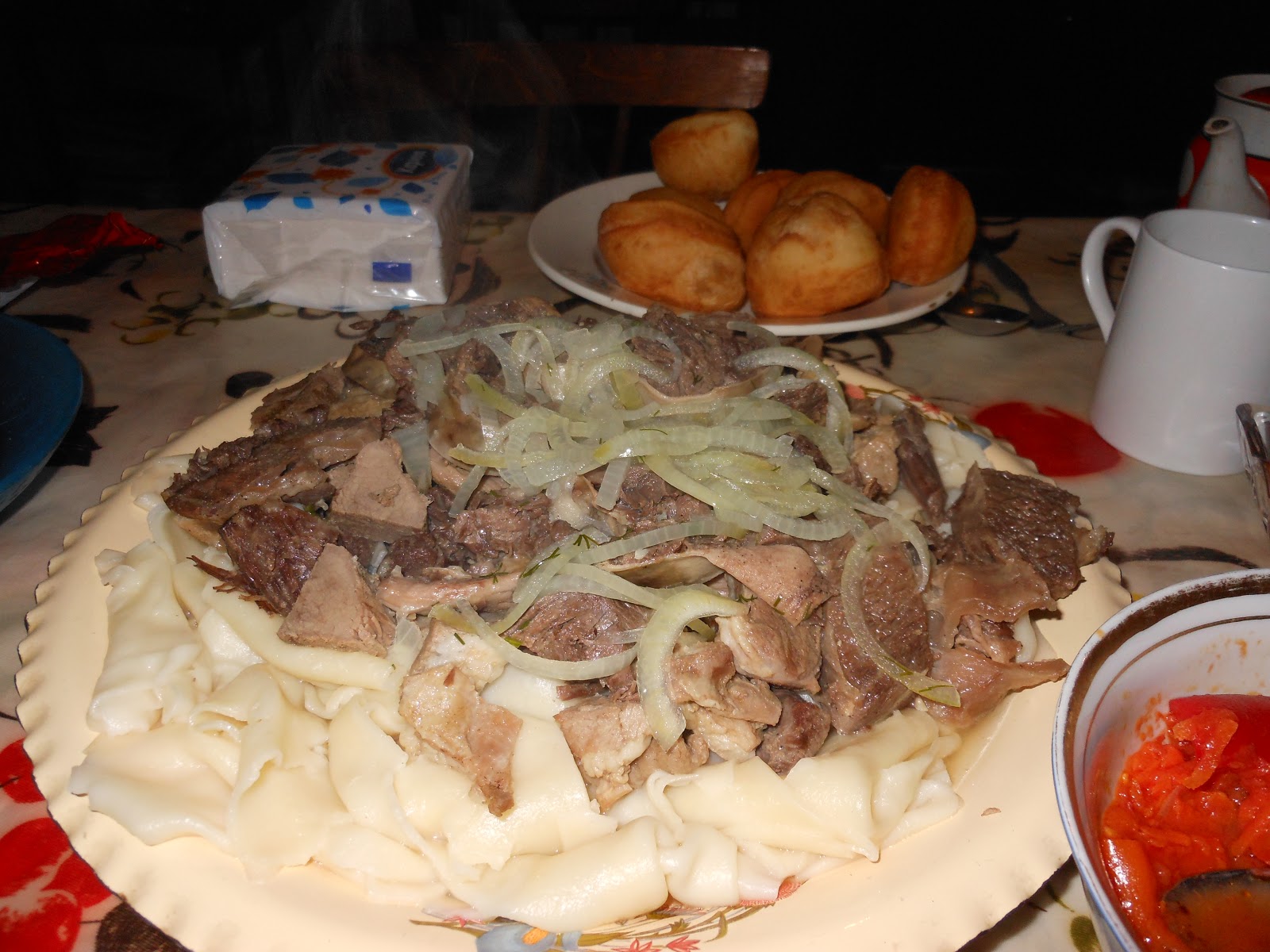 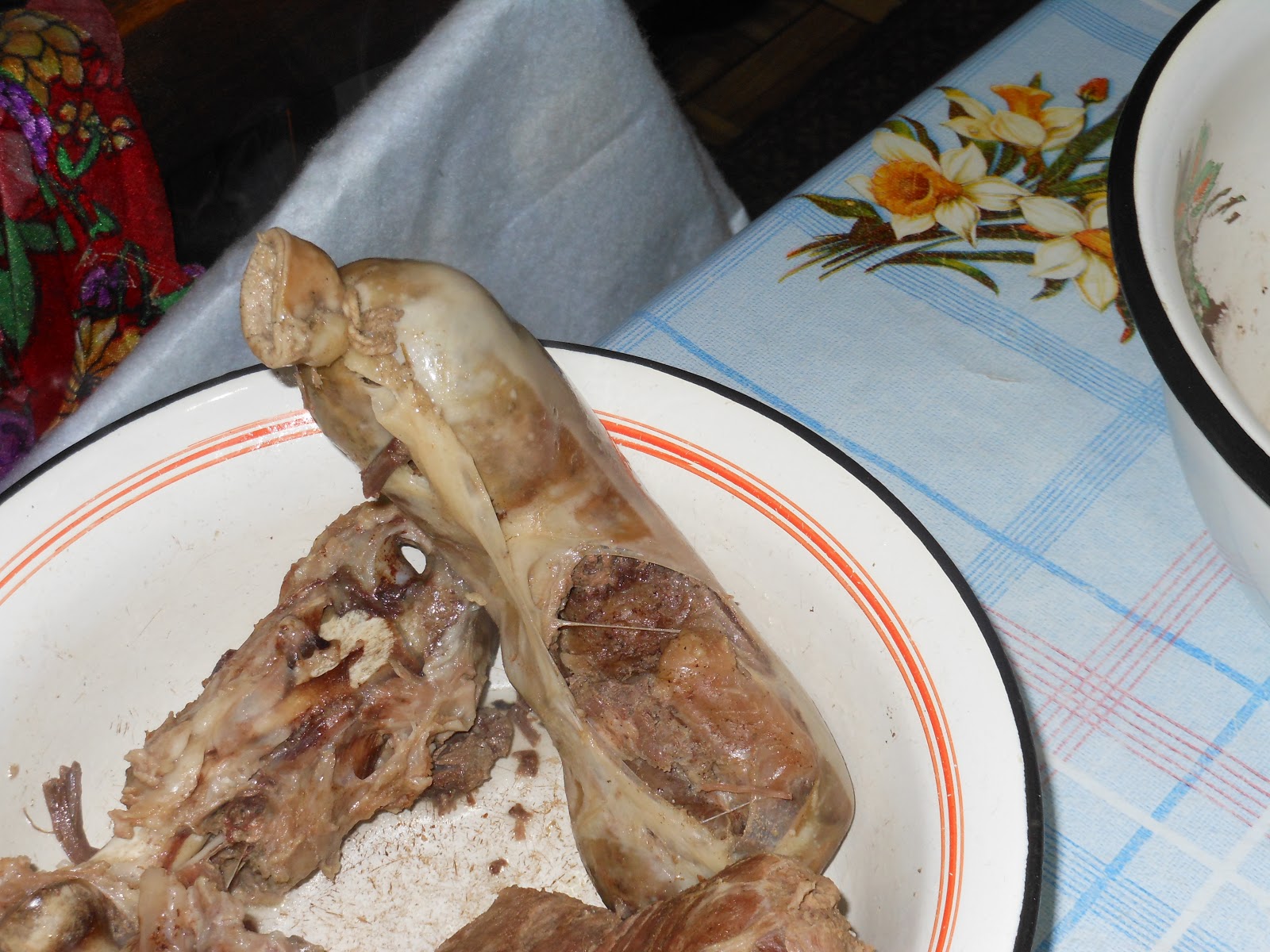 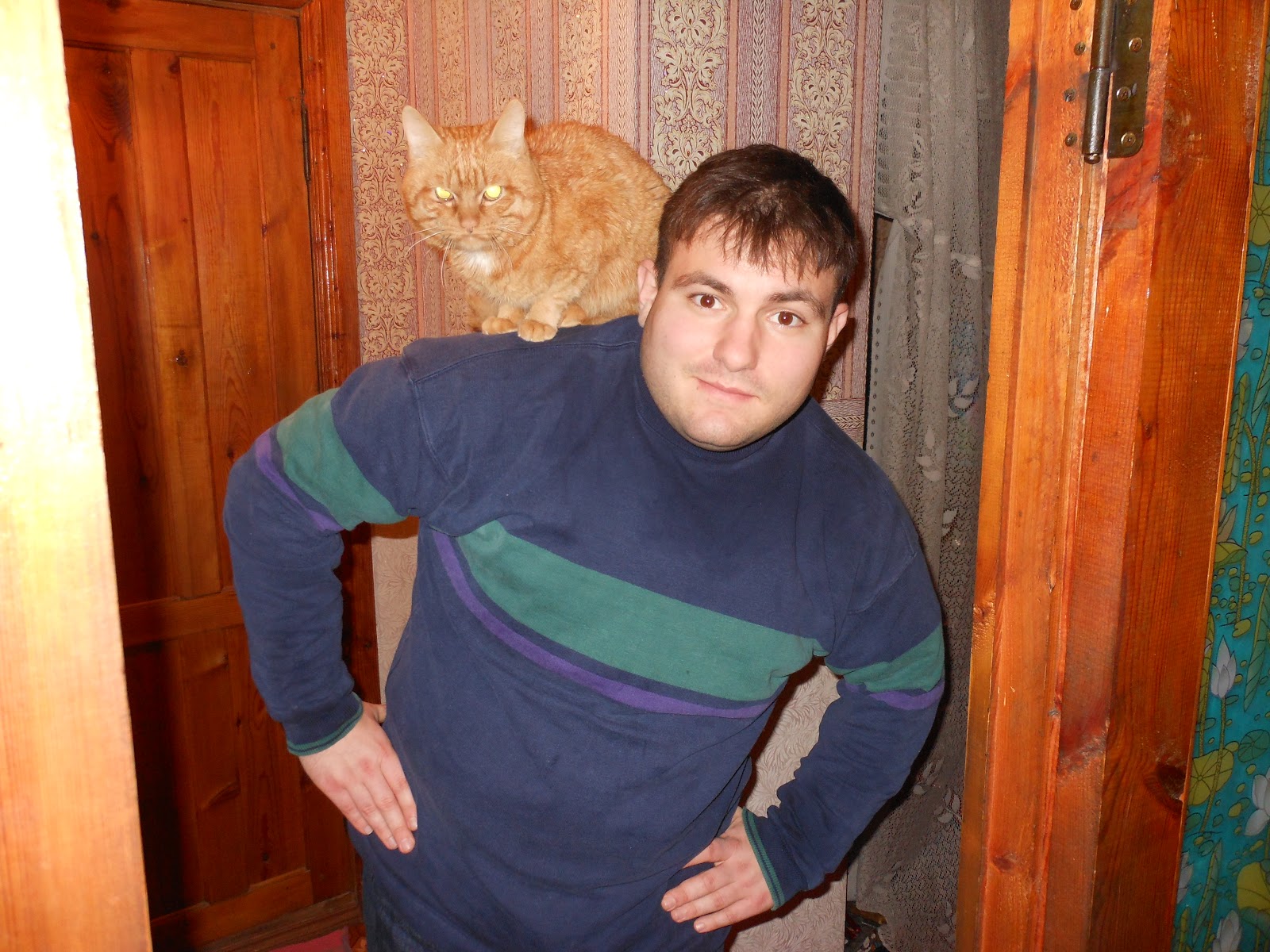 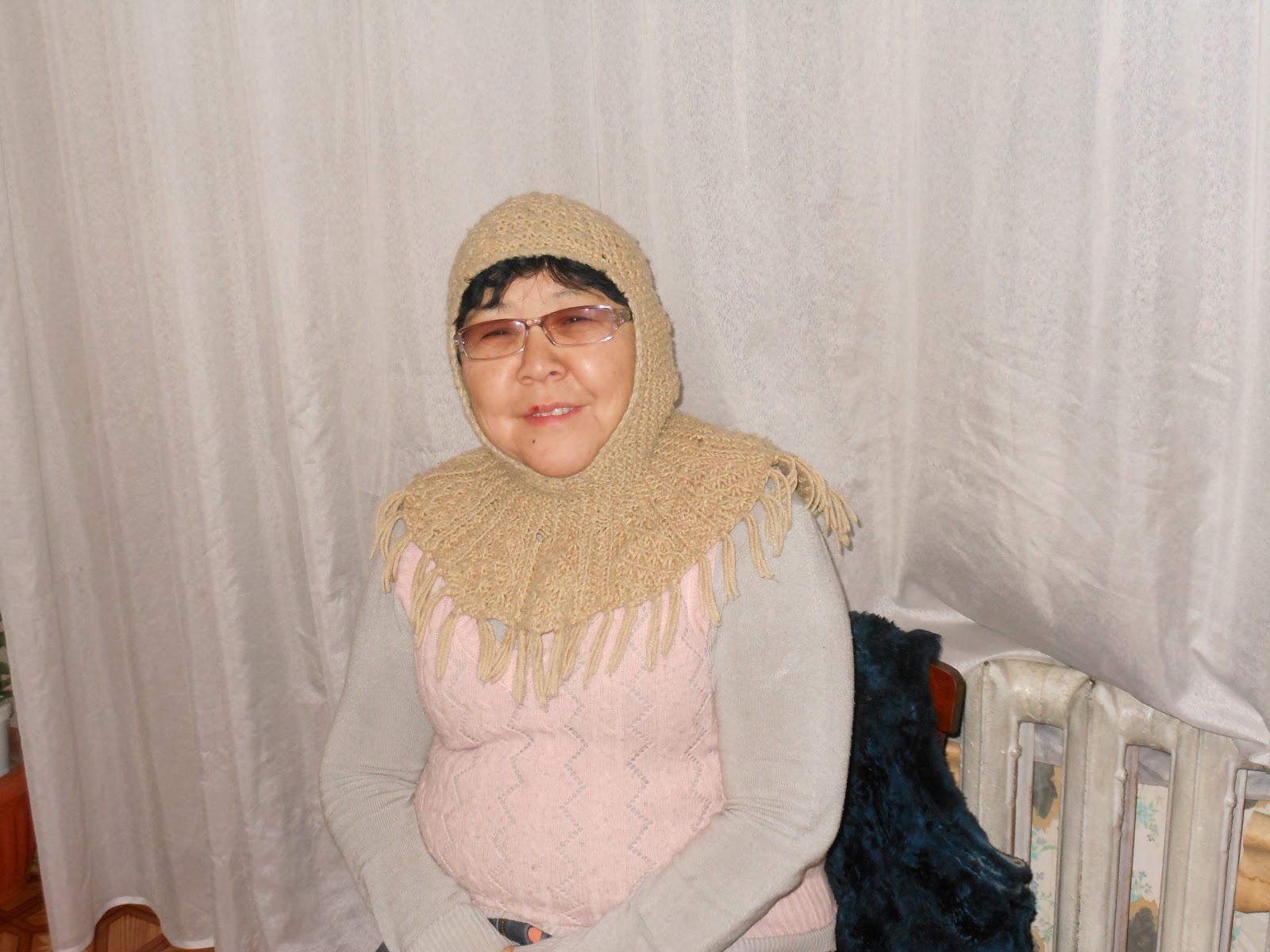 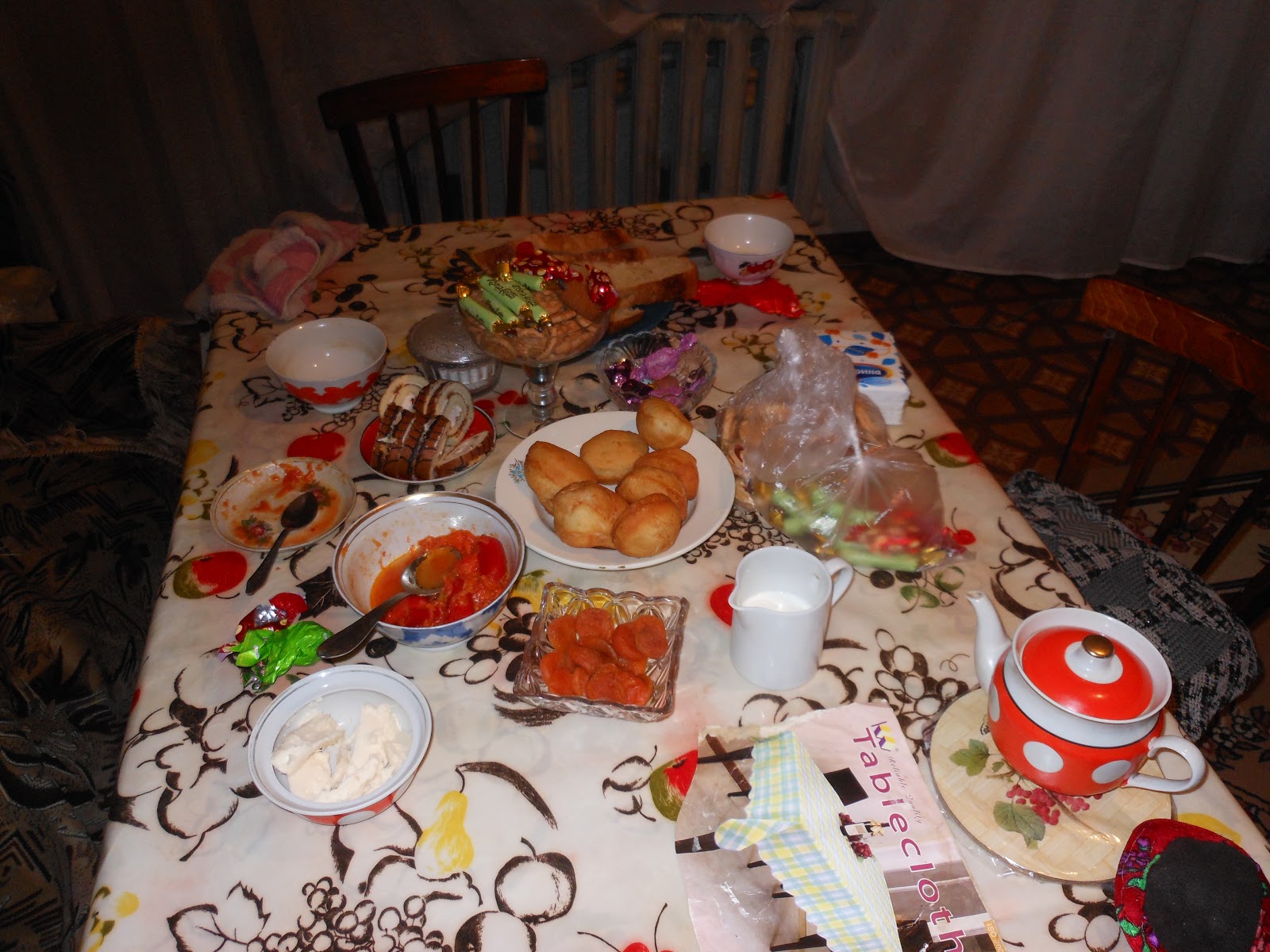 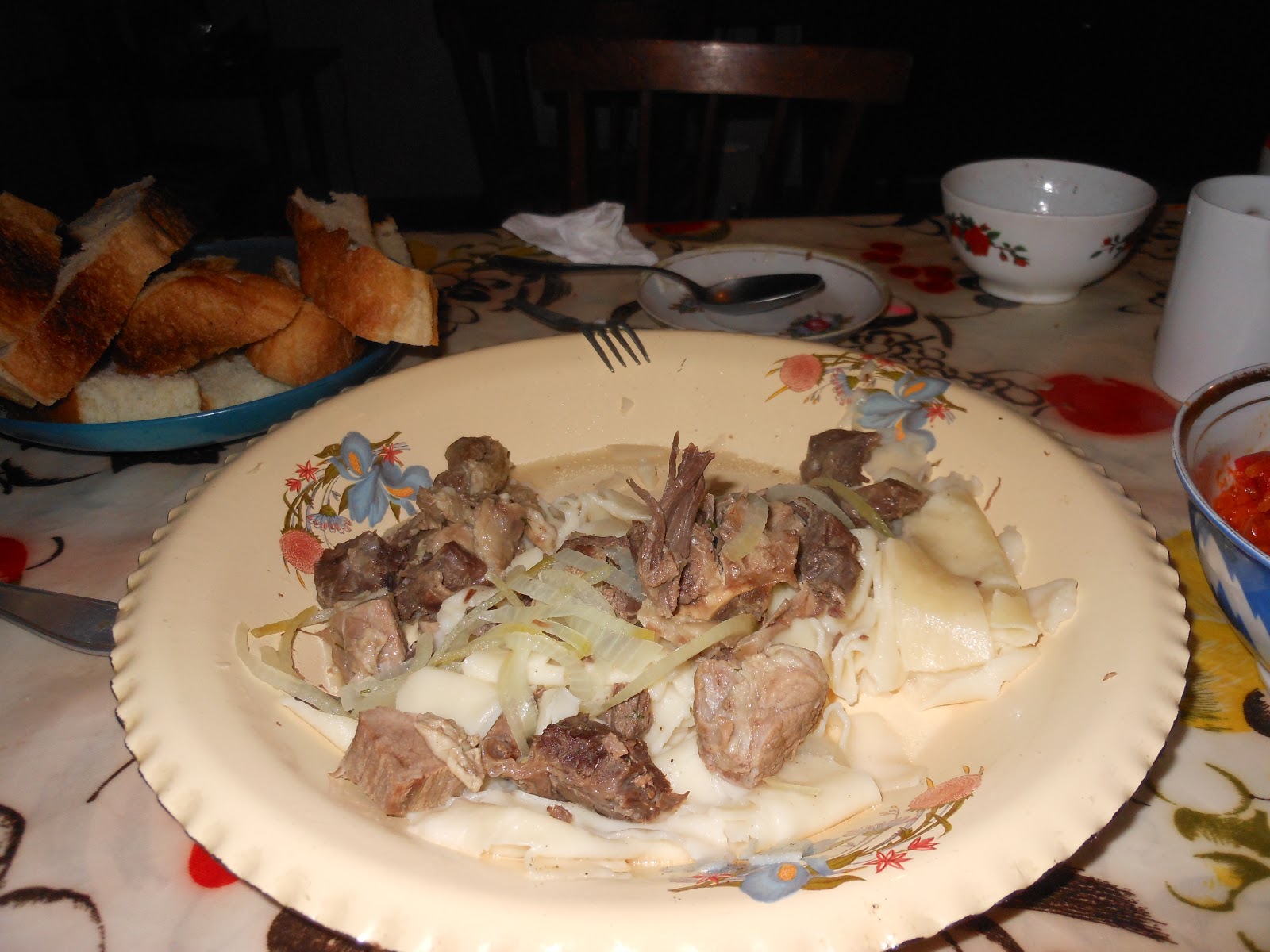 Talk about odd coincidences…today I went with Murat to SSPI to see Naila, but she wasn’t there.  I went upstairs to check her office, but the second floor of SSPI has completely changed.  There were some students there doing decoration and I tried to ask them if Naila was there (Murat was waiting downstairs)  they invited me to take a seat and were trying to find their teacher who spoke a little English, when I recognized one of the students as Zulfia, one of my students from last year.  We talked and Murat came up and the teacher gave us some tea while we waited for Naila to come in at work.  Naila never showed up, but another one of my students from two years ago did!  Tengir—but all grown up (17 now) and taller than I am!  Dad, you would have liked to be there, we talked about World of Tanks! What a small world—isn’t it?  Plus, I’ve been asked to come back and help with this class sometime, so I might be coming back to Semey more often (Home, sweet home!).
Posted by Alexander "Iskander" Gerges at 1:46 AM