Today's my last day in Almaty and by extension Kazakhstan (obviously).  Technically, my flight takes off around 4 AM tomorrow morning, but I won't see another sunrise in Almaty.  Though, to be honest, I didn't see too many of those anyway--our window faces west and the sun comes up at a stupidly early hour.  But that's besides the point.  This weekend has been a lot of fun--Friday night I had a chance to go to  the Arasan Public Baths in Almaty.

Arsan is  A soviet era public baths/health spa.  It was fantastic.  I'm not sure I ever felt so clean and refreshed--especially after Friday had been another balmy day and I'd been sweating like a pig.  The change from broiling hot in the banya to icey cold in the pool...was just amazing.  Just lovely.

Afterwards, Alibek (my host and one of Marah's students--thanks again Marah!) took us to...a rather interesting club--at first they wouldn't let me in because I was wearing my sneakers--I'd put away all my other shoes away.  Eventually they let me in, but it's kind of a typical club, other than not letting me in.

The next day, Alibek invited me to his nephew's birthday party, which was a very interesting experience.  We went to a small village near Almaty known as "Kalinina"  so called because there's a statue of Kalinin (think Kaliningrad) in the middle of the village.  I had a chance to try Shurbat (camel's milk--not that great, but tons better than Kumis).  These people welcomed me to their family celebration with open arms and smiles and I had a great time. 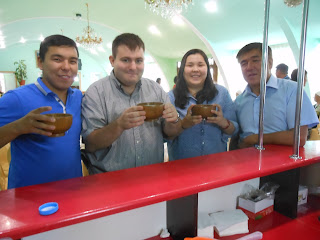 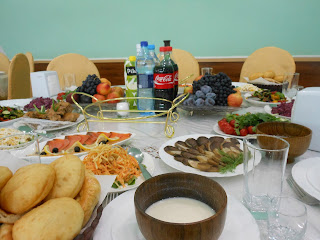 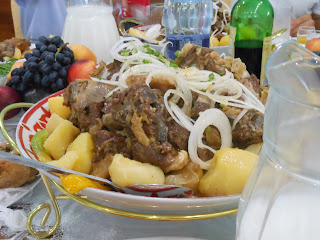 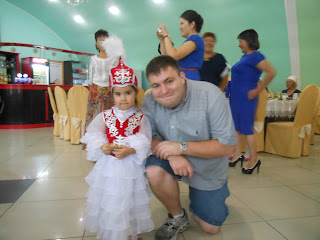 I'm going to miss this very much.  Fortunately, Alibek says he has plans to visit the US and do a road trip, so I hope to be able to return the hospitality.  As well to Marah and her family if they come!  As excited as I am to see you guys again (and of course the pups), but the more I think of going back to Lawrence, the less exciting it gets.  I guess I'll have to deal with it, but...egh, Lawrence again.

Still, looks like I'm heading back to Kansas City!

Posted by Alexander "Iskander" Gerges at 2:35 AM