It's been a little while, but things are going all right.  It's almost time to head back to the U.S.  It's a bittersweet point for me.  As of tomorrow I have a week left in Almaty.  As per usual, Kazakhstan is an amazingly well kept secret.  The best times I've had here, like always are with the friends I've made and how they've taken me into their homes and hearts.  I'm not really at liberty to go into it, but there's been some personality conflicts and things that have put me under a lot of stress and really made the time here a lot less pleasant than it usually was.

First person I want to thank is my good friend Marah.  I first met Marah waaaaaaaaaaaaay back in my old Semey days--back in '11.  She was a student at SSPI and she wasn't one of our teaching assistants, but she often came along to our campouts and helped us out.  Earlier in July she got in touch with me--surprising me with the news that she's now living in Almaty, with her own English language school.  She gave me the opportunity to help out with a few of her classes--which is always neat.  People here who are studying English are usually very dedicated to their study, motivated, and extremely friendly.

Marah's opportunity helped me to reconnect with people in Kazakhstan, which in a country of abundant natural resources are truly the best resource they have, in my opinion.  At the lowest points in my trip here, Marah reconnected me with people and made sure that I was having a good time in Kazakhstan. 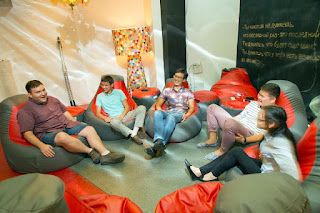 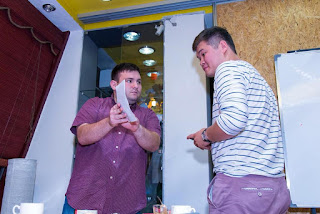 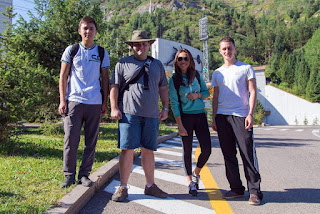 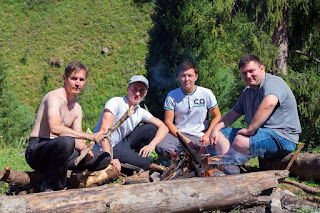 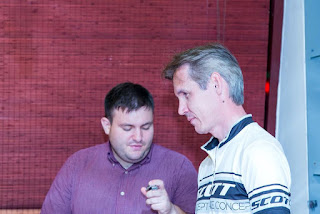 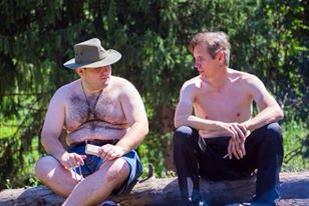 The silver-haired gentleman is Bob (or Vladimir Satylaganov), a great guy and one of Marah's students.  Bob's a musician--teaches at a private school in Almaty, but when he's not teaching he's out and about or performing with his band at places like Hard Rock Cafe Almaty.

Marah's also been kind enough to bring me out to events or up to the mountains.  This past Thursday, Marah brought me along as her guest to the opening of an exhibition at Dostyk Plaza called "Kosmos," about planet earth.  I'm kidding, obviously it was about space, exploration, and the stars.  The opening was pretty well catered with Cosmos themed desserts--the parfay in particular was good, but too rich and since they only had mineral water (with gas) I couldn't finish it, since gassy water can never quench my thirst. 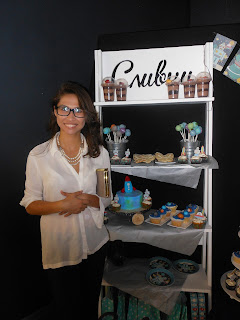 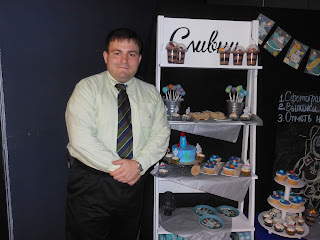 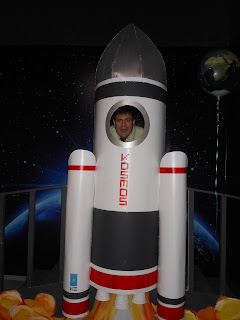 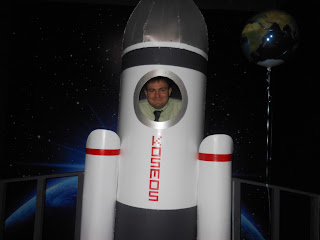 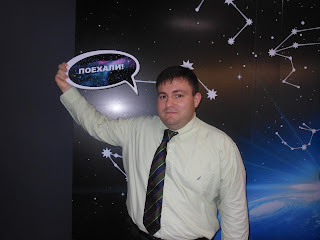 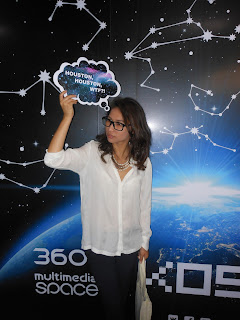 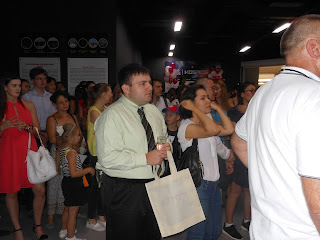 It was a great night.  Really hammered home the vastness of space.  A little bit intimidating really, but it was fun.

Certainly not least of all, a good friend of mine came to visit from Saint Petersburg.  Dennis Krutko, one of my former students from EKSU, and I have been in contact through facebook since I left Ust-Kamenogorsk.  He's a great guy and we share a lot of common interests--sci fi, history, political discussions.  Seeing him again is great.  He's only here until Thursday, so we've made some plans to hang out again--last night we met at Yard House and had a few beers.  Dad--wait until you see the gifts he brought for you and me.  You are going to love them I think!

Anyway, just a short update, but thanks to these guys (and many others in Almaty) I'm having a great time here.
Posted by Alexander "Iskander" Gerges at 5:41 AM