The end of my tour

Sitting in the Nobai airport in Hanoi, it strikes me as amazing how the simple process of going through customs instantly makes coffee that costs <$1 on any street corner or in any cafe quintuple in price.  It must just be black magic.
So yesterday I had a pretty quiet day.  Thuy was teaching classes so I was on my own for most of the day.  I went to a coffee shop and sat there for about two or three hours, smoking a pipe and having a few Vietnamese espressos.  I was slightly confused with how they were served and I may have had it too weak the first time (and waited too long the subsequent times letting it drip through so that the coffee was cold--but the guy brought a glass with a single ice cube, so maybe it was supposed to be iced coffee?) 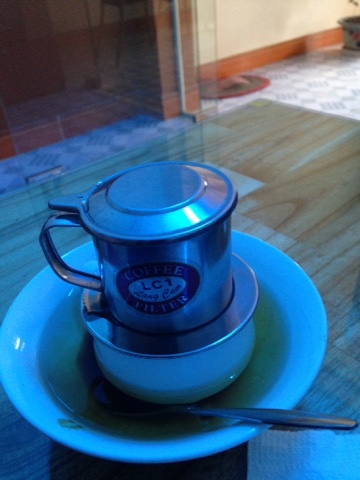 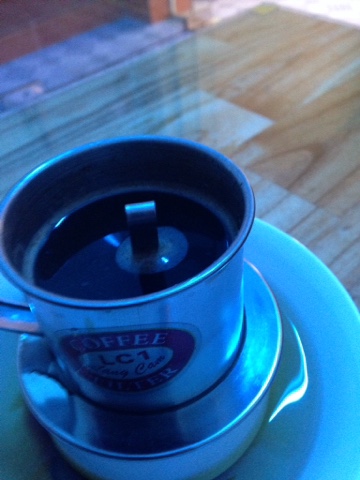 At any rate, it cost me slightly more than a dollar for two of them, including the 5,000 dong tip I left, so I can't really complain--it tasted pretty good.
That night, I had Vietnamese hot-pot with Thuy's family and it was pretty good.  I may have mentioned this, but I think I prefer Sichaun hot-pot because it's so much more spicy and I love spicy.
After that, some of Thuy's older students (grade 11-so 17 years old I guess) came over and we talked and had some fruit.  For the first time I had tamarind--something I previously thought was only useful for its seeds, but apparently there's enough fruit around it to eat.  I enjoyed it--it was a bit of a pain to get it out of its "shell' and the shell often shattered making a big mess, but it had a sweet-sour flavor that I liked.
The students were a bit different from the students in Thuy's other class.  There were more guys and while they were more outgoing and talkative (the guys at least--the girls were very shy, especially once the guys started talking), but they had a bit more of an attitude.  For example, I tend to talk with my hands when explaining stuff, they noticed it and found it funny--imitating it.  Ok, I get it, it is a little odd, so we can have a laugh.  But they kept mimicking me throughout the evening, to where it wore out its welcome and felt like they were mocking me.  I didn't confront them about it, so maybe it's a little passive-aggressive to write about something I didn't tell them bothered me, but on the other hand I chalked it up to that lack of filter that seems present in Vietnamese people, as I had with comments about my weight.  Personally, I dno't get what's so weird about using your hands to express stuff--it helps me think sometimes if I can't find the word right away.  But to each his own.
Anyway, other than that, it was a pretty nice evening. 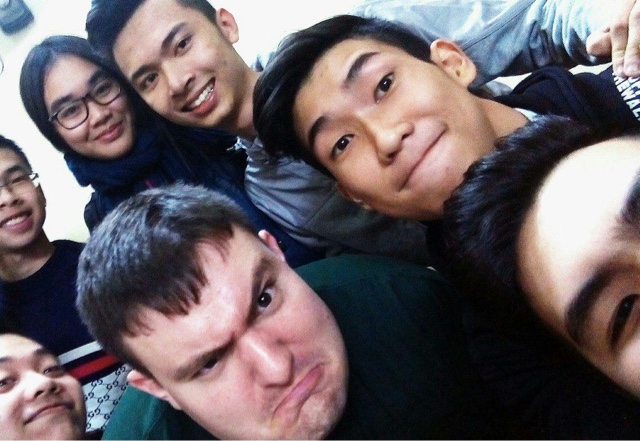 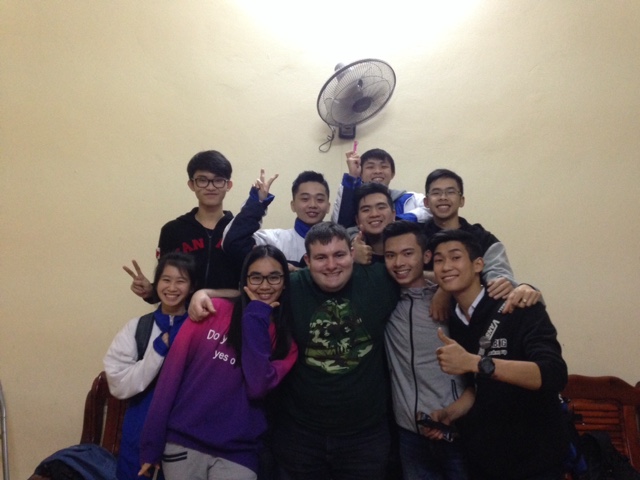 Nothing of note happened today--took the sleeping bus back to Hanoi (seats seemed a little longer, so it was more comfortable), got picked up by Thuy's brother-in-law, and spent an hour driving under 40 mph and trying avoid motorbikes.  This was probably the busiest I've seen traffic here in Hanoi, but it was bad.  They don't stick to lanes (cars nor motorbikes) and motorbikes seem to think that lights are suggestions, so often we found ourselves in gridlock because a column of motorbikes had decided to push through their red light and cut us off mid crossing.  It was infuriating.  Glad I didn't have to drive.
Flying back tonight, it's a four hour flight to Seoul, then a six hour layover there.  On the plus side, I should be able to enjoy some overpriced Korean food--but it still might be cheaper than in US.  We'll see.
Posted by Alexander "Iskander" Gerges at 8:02 AM